The Historic Clinton Inn is a charming and unique venue for any occasion. We are now taking reservations for private events such as wedding dinners, bridal showers, baby showers, private birthday parties, class reunions, and other special occasions. To learn more about our venue, click on our Event Venue page.

We are now offering catered box lunches to businesses during the weekdays. Available in Lenawee County and surrounding areas. To learn more, click on our Lunchbox Catering page.

We are planning on opening the Coffeehouse and Sandwich Shop on May 29, 2021, Memorial Day Weekend. We plan to continue to operate and be open during breakfast and lunch hours on a daily basis from that point forward.

We are planning on opening the Restaurant for Brunch every Saturday and Sunday starting on Memorial Day Weekend, May 29th and continuing through the summer and fall. At this time we will not be opening the restaurant for dinner except for special occasions or events.

Please see our Event Venue page for details on our private events and parties operation.

The Michigan Governor and the MDHHS have extended the current restrictions through April 19th, and we have no way of knowing whether the existing restrictions will continue or be lifted. All of our plans at this point are tentative and depend on what restrictions are in place moving forward.

You are cordially invited to attend a royal affair in honor of the new James Bond file “No Time To Die”. Our guests will be treated to an assortment of Bond style delights at this upscale event.

This event will be a “Jacket Required” or “Bond Film Cosplay” dress code and will be enforced. The following are considered acceptable attire:

About The Clinton Inn

Early settlers came to Clinton From New York state and named the village after their state governor, Dewitt Clinton. The site of the Clinton Inn was first settled by Alpheius Kies, who built a log house. After several changes in ownership, Alonzo Clark built the present 3-story brick hotel. It officially opened on Thanksgiving Day in 1901.

The hotel has three stories; the first floor features the full service restaurant, the Clinton Coffeehouse, and coffee lounge. The second floor is all guest rooms while the third has served as apartments since the 1980’s.

The hotel was purchased by the Huffaker Family in May 2019. The hotel was in a state of disrepair at the time of purchase, and numerous improvements have been made.  Currently 4 rooms are available for nightly rentals, and larger renovations are planned to bring the hotel back to it’s glory days. 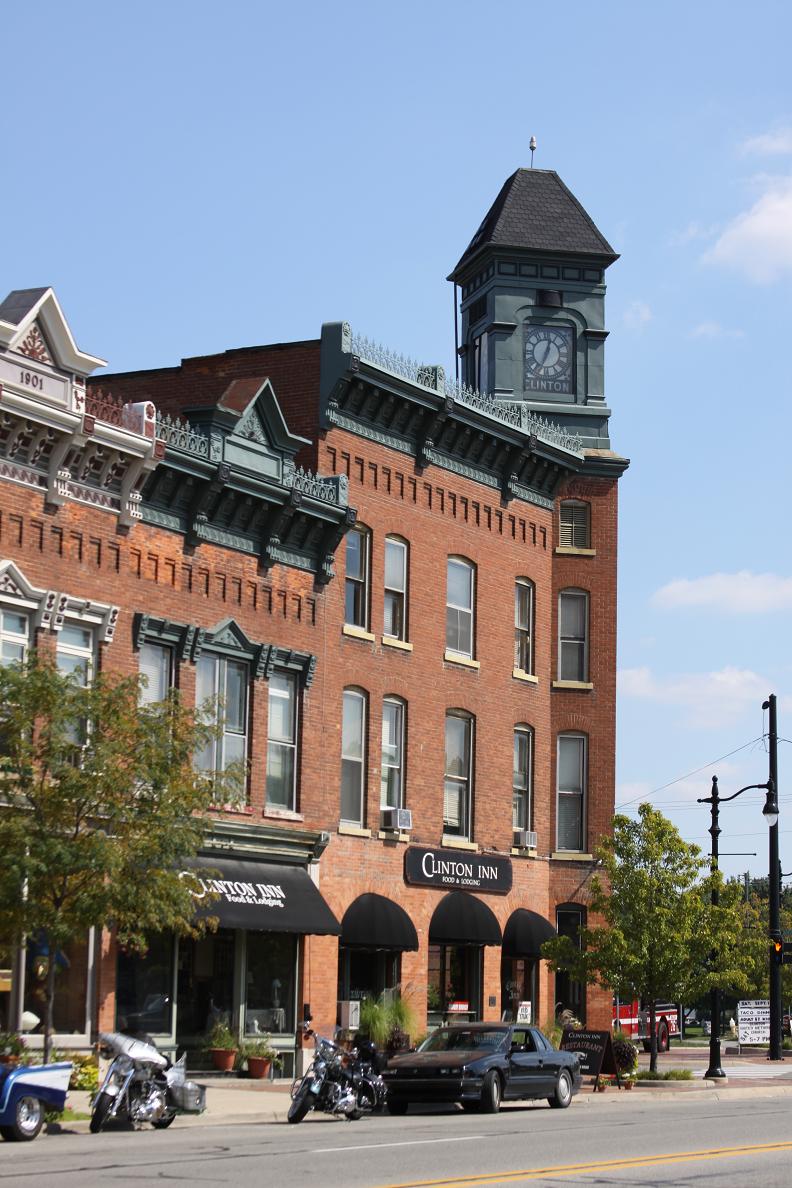 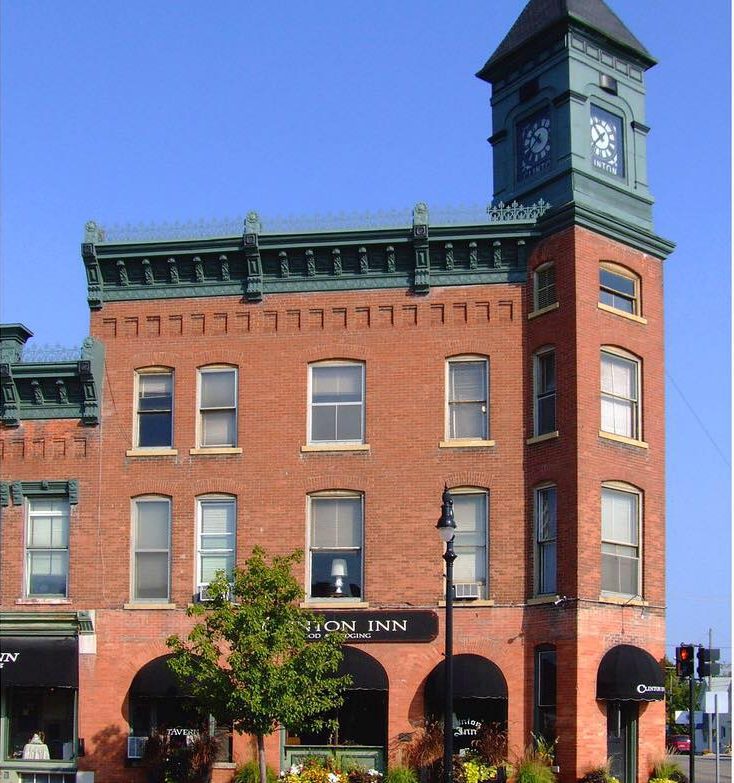 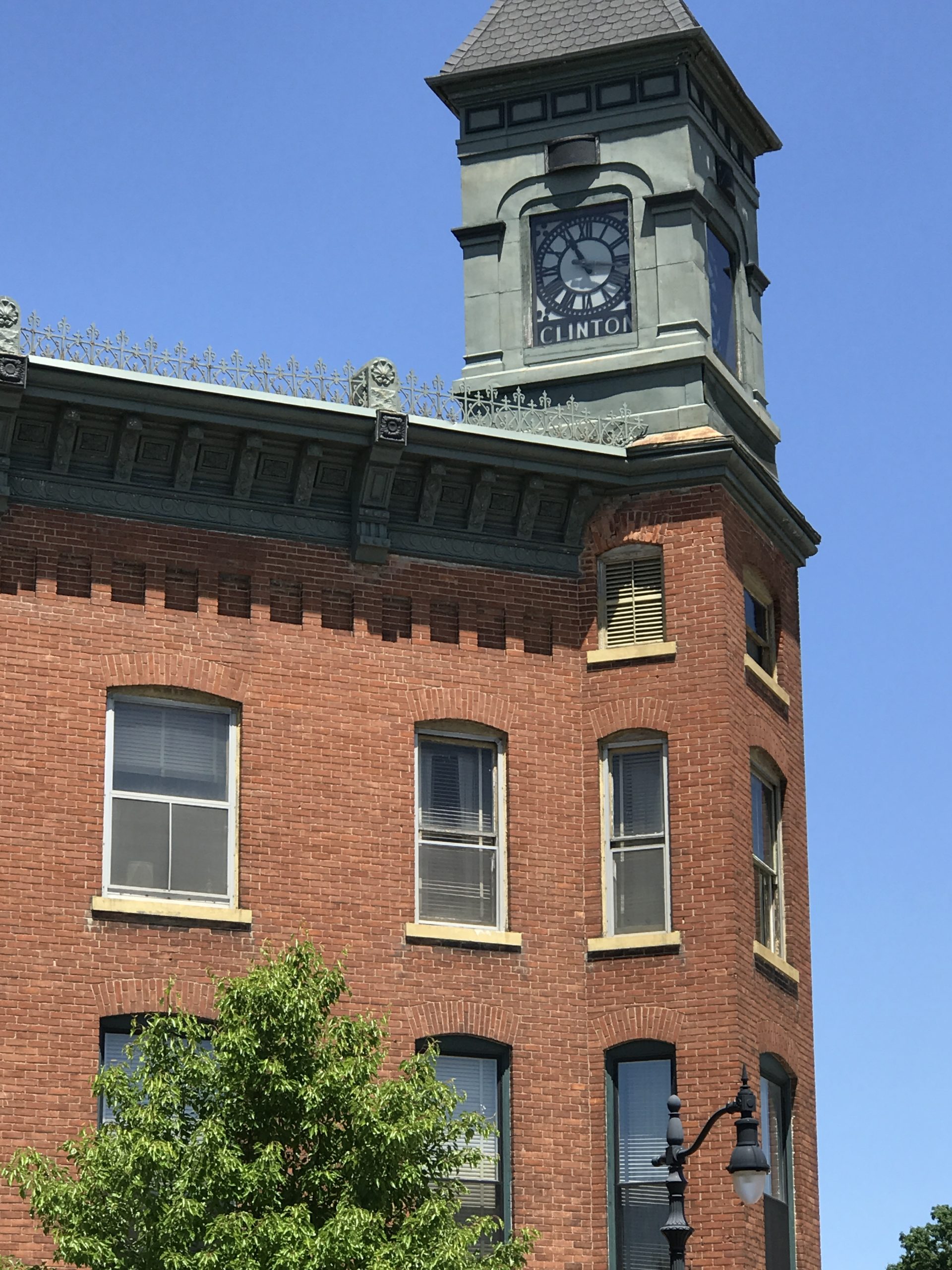